We have a strategic plan. It´s called “doing things right” 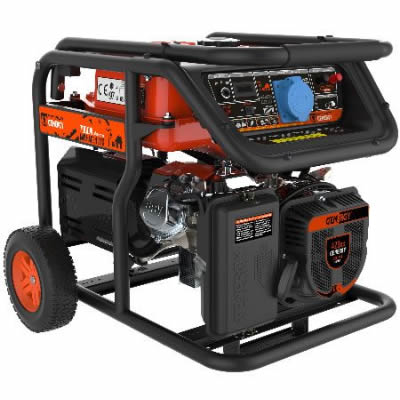 Genergy portable generator is focused on the public in general. The range begins in our super sales model ISASA, a light, reliable and economic equipment. It is followed by 5 other powers that reach 6500W. From the 2000W all models include a novel transport kit which allows its displacement with minimal effort. All versions have manual start and include voltage regulator as a standard (except model ISASA).

Portable RV generators have become popular for use in pop-up campers, are quiet known for their use with power tools or equipment in remote locations. There are many customers who are using the very small and quiet cheap portable generators from Genergy to provide minimal power for TV’s, computer systems and microwaves. You can make transporting your portable generator much easier with a Wheel Kit.

Actually, portable generators are the most common source of power when you are away from shore power. It is easy to become a little forgetful of the fact that, without regular attention, a generator will leave you powerless at the most inconvenient time. These units are capable of supplying electrical power to all pre-selected lights, appliances and equipment. Portable generators allow you to thoroughly enjoy your outing whether it be camping and tailgating. When camping away, privately from all the convenient hookups, an electric generator is really the only way to power-up all the larger equipment you have onboard.

The power output of a generator is measured in watts. Know the output of your generator and guard against exceeding it. If you use too many 120-volt appliances and exceed the generator’s capacity, you’ll trip a circuit breaker (just like at home in the stick-built house.) Most large onboard generators put out between 4,000 and 7,500 watts.. some higher on big rigs. Small motor homes can have generators with a power output of 2,000 to 3,000 watts. When in doubt, check the owner’s manual of your generator and of any major appliances to be able to monitor usage. Amp or watt draw is usually listed.

How to Choose a Generator (PDF) by SG Group

Success is based on differentiation, if you feel different or seek being different, you are in the right place and with the ideal travel partner. Welcome to the SG Group